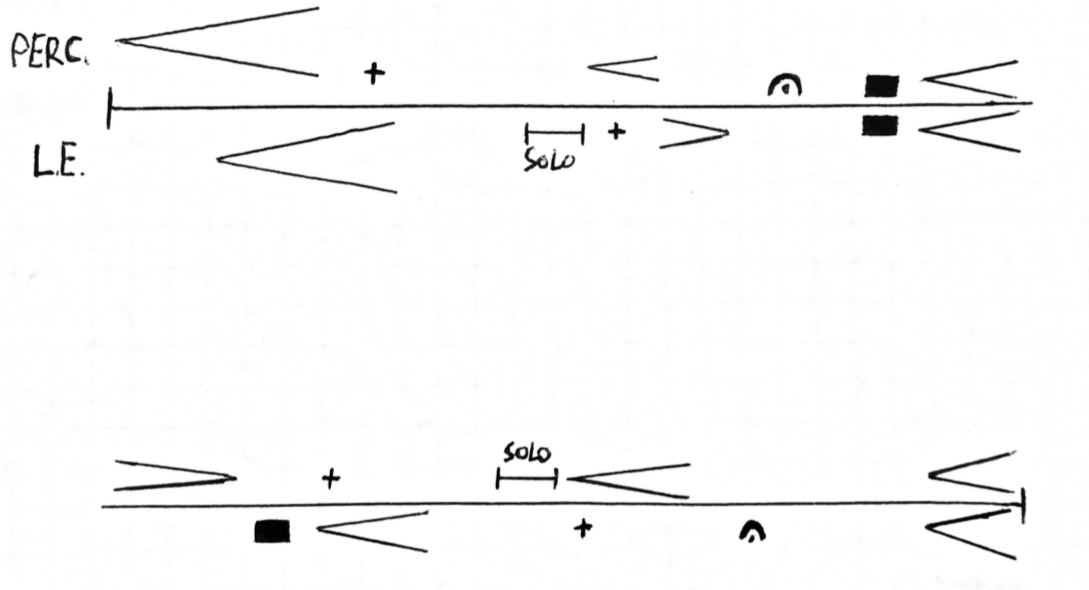 "Challenge Accepted" is a challenge for percussion and live electronics: free improvisation in this case is the result of the dialogue of two interpreters who, in various ways, seek different interactions between their sounds. The piece has a strong performative-improvisational character, the score gives only indications on a form that the performers are invited to follow, only the essential spatial positions of the performers are mandatory. Technically the piece is structured on the percussionist, he provides the source sounds while the performer who deals with live electronics treats and reproposes the original sounds modified in real time. In this case, the main tools for the treatment of sound material are granular synthesis: thus recording the starting sounds and proposing them fragmented according to statistical trends and with various altered parameters; stretching: which allows you to read the original sounds stretched temporally; freezeing that repeatedly reads a single infinitesimal portion of the recorded sound, the use of other instruments cannot be excluded. In the first half of the piece the two performers are facing each other. Through the classic gestures typical of the executive practice of the last century, the two interpreters exchange indications of preponderance over the other, of dynamics, of solos, and timbres. The general preponderance of indications, of the first or second performer, is suggested in the score. The creation of a simple semi-coded improvisational language is highly recommended and will relate to the different timbres available. The mid of the piece, marked by a stopwatch and by the division of the score, marks the main movement in the space of the interpreters, who if they were positioned in front of each other before, will turn their backs from this point onwards. The "challenge" consists in this: the general aesthetic undergoes a forced variation dictated by the practical impossibility of eye contact between the two performers, who in this part rely only on the listening for dialogue between the parts. By "challenge" I don't mean the antithetical relationship between the two performers but the different improvisational dynamics arising from the first part, in which the indications are gestural and direct between the two performers, and from the second in which instead they are given by pure mutual listening, and in some ways by the familiarity between the two interpreters. Performance lenght, the precise instruments and the audio system used are at the discretion of the interpreters, the ideal situation would see a set of percussion with dedicated microphones for each piece, but also an ambience microphone is not to be excluded. For the system, a stereo configuration may be sufficient, a quadrophonic configuration is not to be excluded, even the dry signal of each piece of the drums (or of the relative ambient microphones) is to be included in the mix. The piece ends at the end of the duration established by the performers. 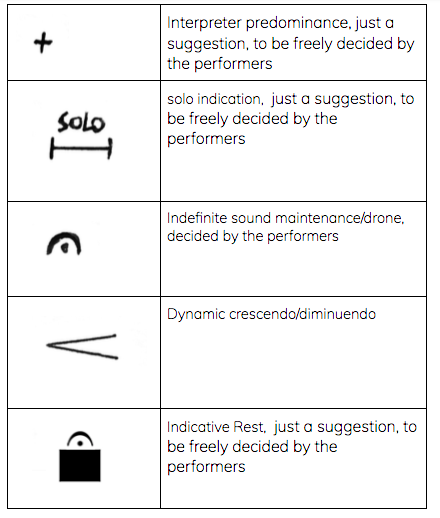